Pseudo or bad science does not adhere to methods of scientific inquiry. Often you will encounter some of the following traits with bad scientific "claims".

Searching for the Truth

When scientific claims cannot be tested and replicated questions arise about their integrity.​ 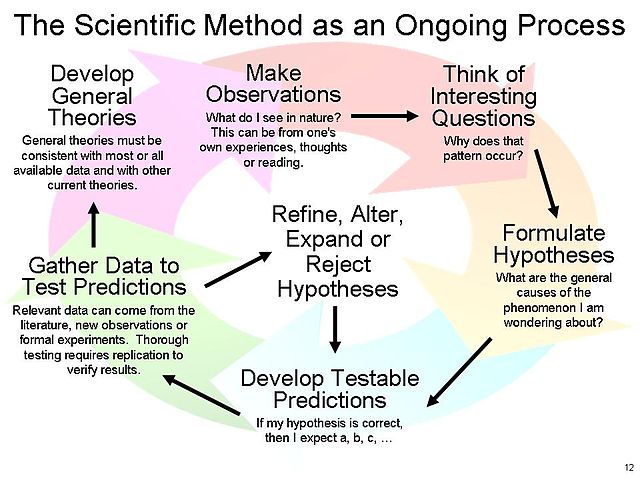 Let's take a look at an example of pseudoscience, the Bermuda Triangle. Some believe that this area is cursed, that ships and planes have disappeared leaving no trace or explanation. During the 1960's interest in this area began to grow and the names "Bermuda Triangle", "Deadly Triangle", and "Devil's Triangle" were used to describe it. As seen on this map the Bermuda Triangle covers a large, heavily traveled area in the Atlantic Ocean. 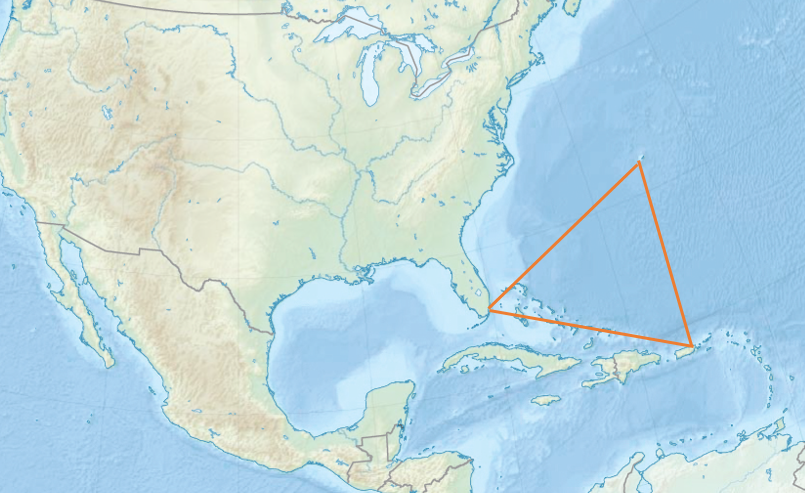 One of the main claims used to support the ideas about the Bermuda Triangle was the disappearance of Flight 19 in this area on 5 December 1945. Later known as the ‘Lost Patrol’, Flight 19 consisted of five US Navy bombers and their 14 crew who set off on a training flight from the airbase at Fort Lauderdale but failed to return.* This and other disappearances have been explained by Triangle supporters as resulting from a number of questionable reasons, such as ghosts, pirates, electric fog, astral vortices,  sunken cities, UFOs, and USOs (Unidentified Sunken Objects).

The Flight 19 case is not considered a mystery by the US Navy, which cites radio messages from the flight commander reporting that his compasses were malfunctioning and that he was, in fact, lost. The Navy believes that the aircraft ran out of fuel and were forced to ditch in the open ocean at a location that it was impossible to pinpoint. Believers in the mystery point to the fact that an aircraft sent to search for the missing flight was also lost, but the official explanation blames an exploding fuel tank for the plane’s loss. The failure of the aircraft compasses might also possibly be due to this being an area of natural magnetic anomalies, where compasses point to true north rather than magnetic north. Unless a pilot was aware of this and could compensate for it, extreme navigational errors would inevitably result.*

There is no scientific evidence supporting the claims about the Bermuda Triangle. The claims appeal to emotion, are mysterious, ignores the laws of nature, is mysterious, depends on anecdotes, does not involve scientific experiments, and relies on questionable research.

Explore the Library's databases to find information about the Bermuda Triangle. A good overview of the topic can be found in Kusche, Larry. "The Bermuda Triangle mystery delusion: looking back after forty years." Skeptical Inquirer, Nov.-Dec. 2015, p. 28+.

As noted under the Questioning Science tab, science follows a set of rules and involves the scientific community. Pseudoscience does not do this. The best way to distinguish science from pseudoscience is to look at this process.

Search our databases for information about scientific claims. Pay particular attention to the authors' credentials, and when and where it was published.

Use the EDS limiters to narrow down your results by selecting source types, subjects, date ranges and more. These limiters will be located on the left side of your results.

You can also use the Advanced Search to refine your search results.

The TX All Text option will give you more results by searching the full-text of the document for your search terms. Use caution with the other options in this list, they may not do what you think they should. For most searches, it's best not to select an option. Use the TX option when you don't get any or many results.