Book an appointment with a Librarian for more in-depth help through Navigate.

Brent Staples and Discussions about Racism

In the article "Black Men and Public Spaces" by Brent Staples, the author describes 3 situations that demonstrate racist reactions. Each of these situations shows how people reacted to Staples based on racist assumptions. In class, you discussed how these assumptions align with the ideas of crime, education, and economics.

The woman running away at night in downtown Chicago - "It was clear that she thought herself the quarry of a mugger, a rapist, or worse. Suffering a bout of insomnia, however, I was stalking sleep, not defenseless wayfarers." The woman assumes he is dangerous and runs away. This assumption is reflected in the overrepresentation of young black men in crime statistics.

The office workers chasing him down - "One day, rushing into the office of a magazine I was writing for with a deadline story in hand, I was mistaken for a burglar. The office manager called security and, with an ad hoc posse, pursued me through the labyrinthine halls, nearly to my editor's door." - The journalists in the office who chase him out cannot imagine a Black man to be a colleague because when they went to journalism school, they had no black classmates.

The jewelry clerk getting the dog - "I entered a jewelry store on the city's affluent Near North Side. The proprietor excused herself and returned with an enormous red Doberman pinscher straining at the end of a leash. She stood, the dog extended toward me, silent to my questions, her eyes bulging nearly out of her head."  - The jewelry clerk assessing that a Black man does not have the money to purchase jewelry and is probably there to rob her.

What if these people called 911 during these encounters?

"And I soon gathered that being perceived as dangerous is a hazard in itself. I only needed to turn a corner into a dicey situation, or crowd some frightened, armed person in a foyer somewhere, or make an errant move after being pulled over by a policeman. Where fear and weapons meet--and they often do in urban America--there is always the possibility of death." - Brent Staples

In order to find your secondary sources for this topic, you will need to search in the library's databases. You will find direct links into the databases as well as suggestions for search terms to use to search for more sources below. Explore the databases and try out some of the suggested keywords when searching for your secondary sources. Be persistent and flexible! If you are not finding what you need, change your keywords. If you feed help, reach out and ask a Librarian. 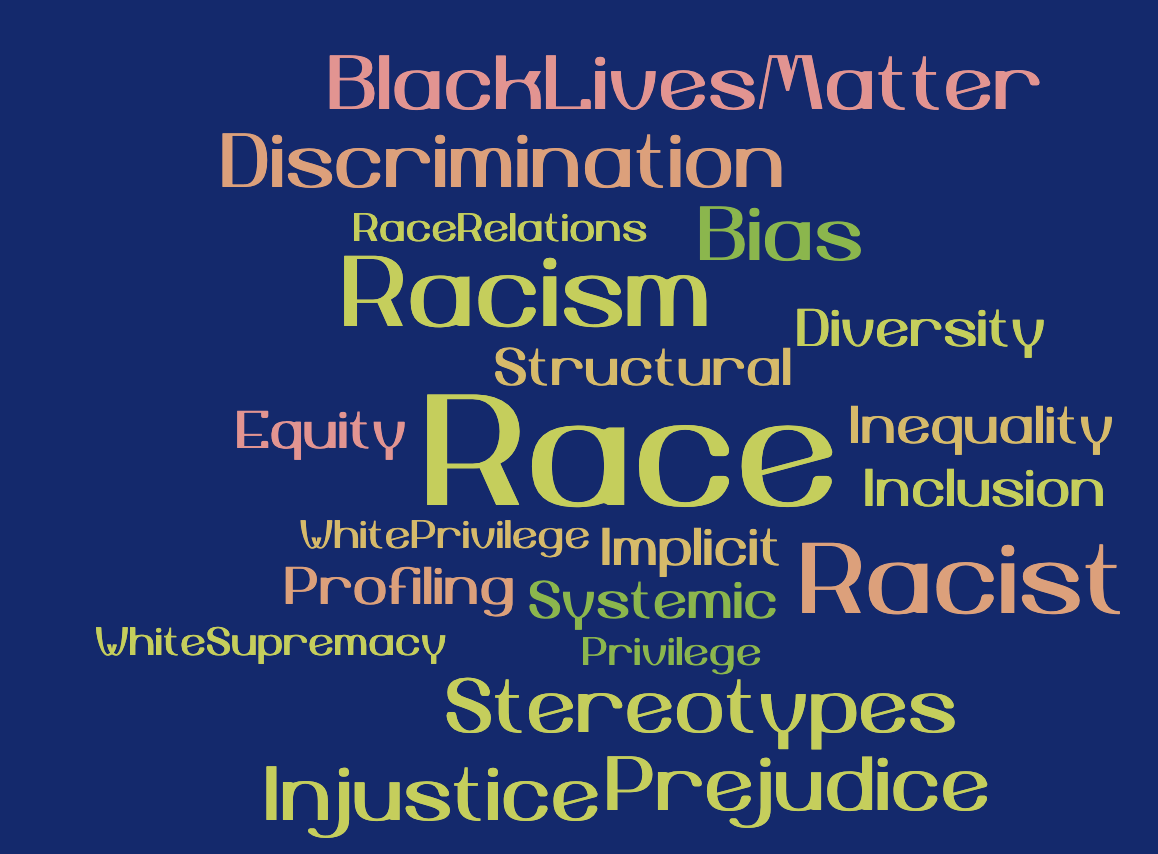 Brent Staples wrote the article, 'Black Men and Public Spaces' in 1986, yet the issues he raises are still happening today.

The issues raised in this article revolve around the effects of systemic racism on the lives of African Americans. Some search terms or keywords you could use to begin your search are listed below. 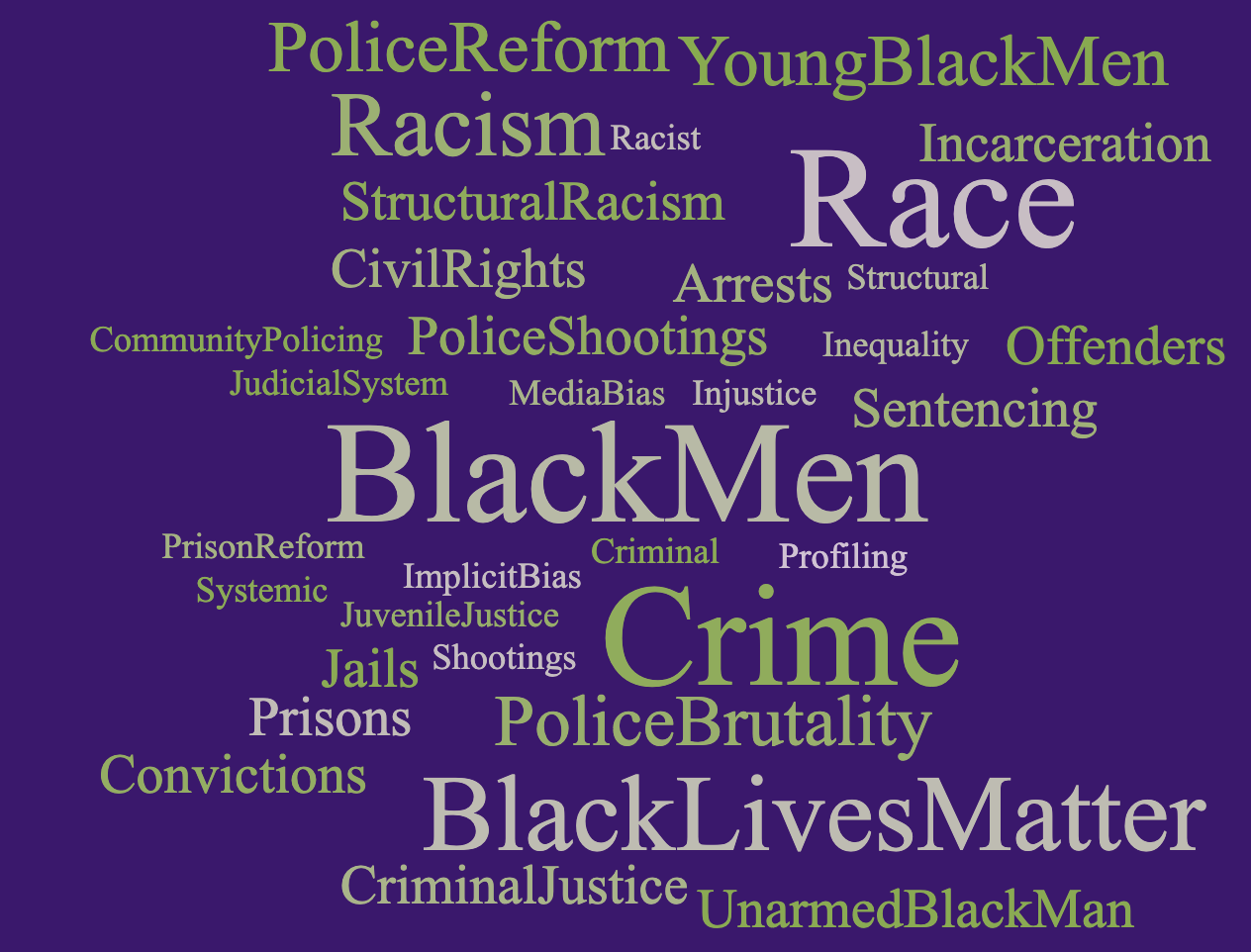 Your research for this assignment should focus on three aspects of the effects of racism on Black men, crime, education, and economics. Search for sources on each of these aspects individually. So, essentially you will do at least 3 different searches in the Library's databases for your secondary sources.

Some searches could be 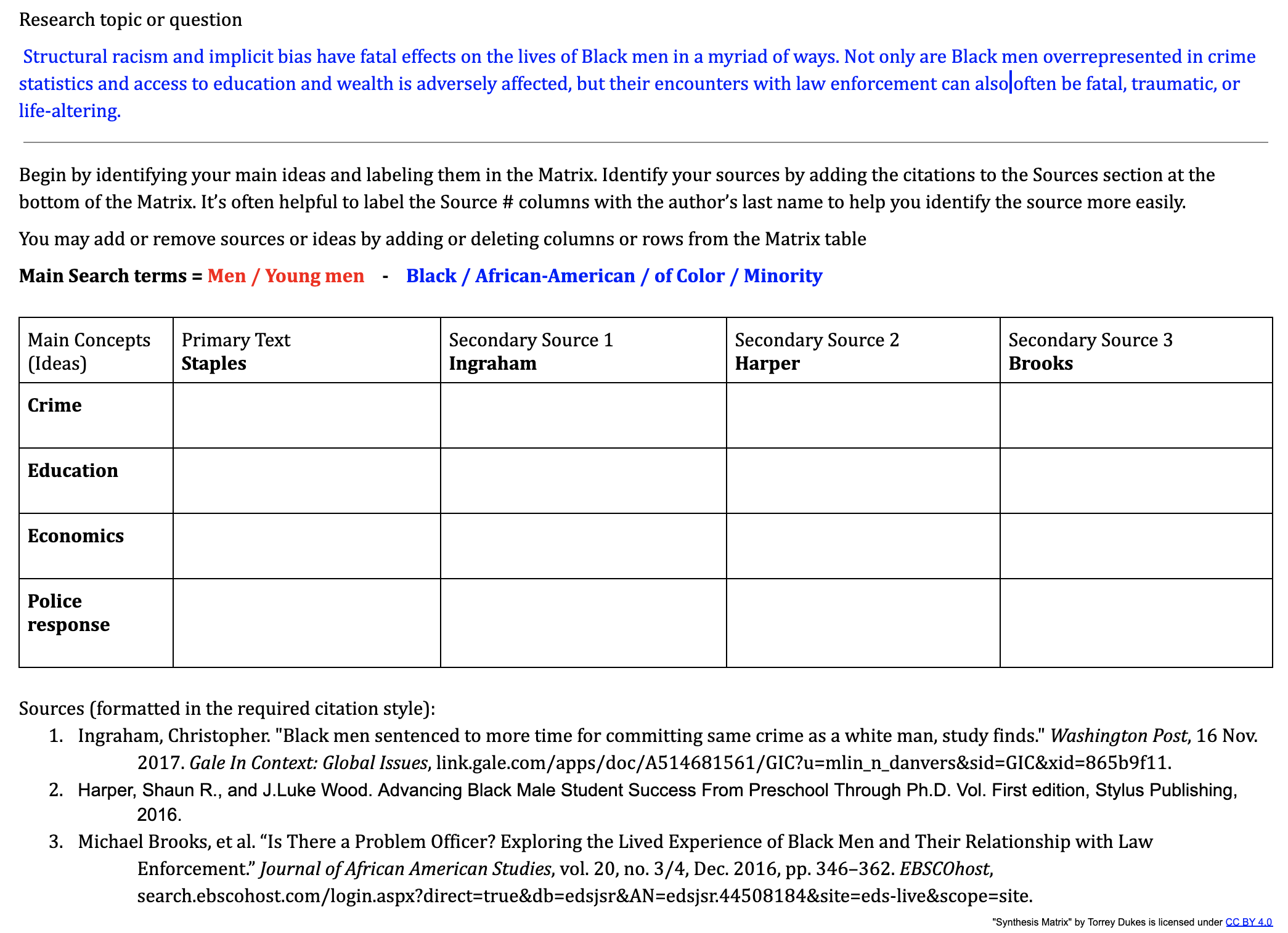 Begin with the Primary Text - Fill in the quotes from the primary text (The Brent Staples article in this case) in the corresponding rows. 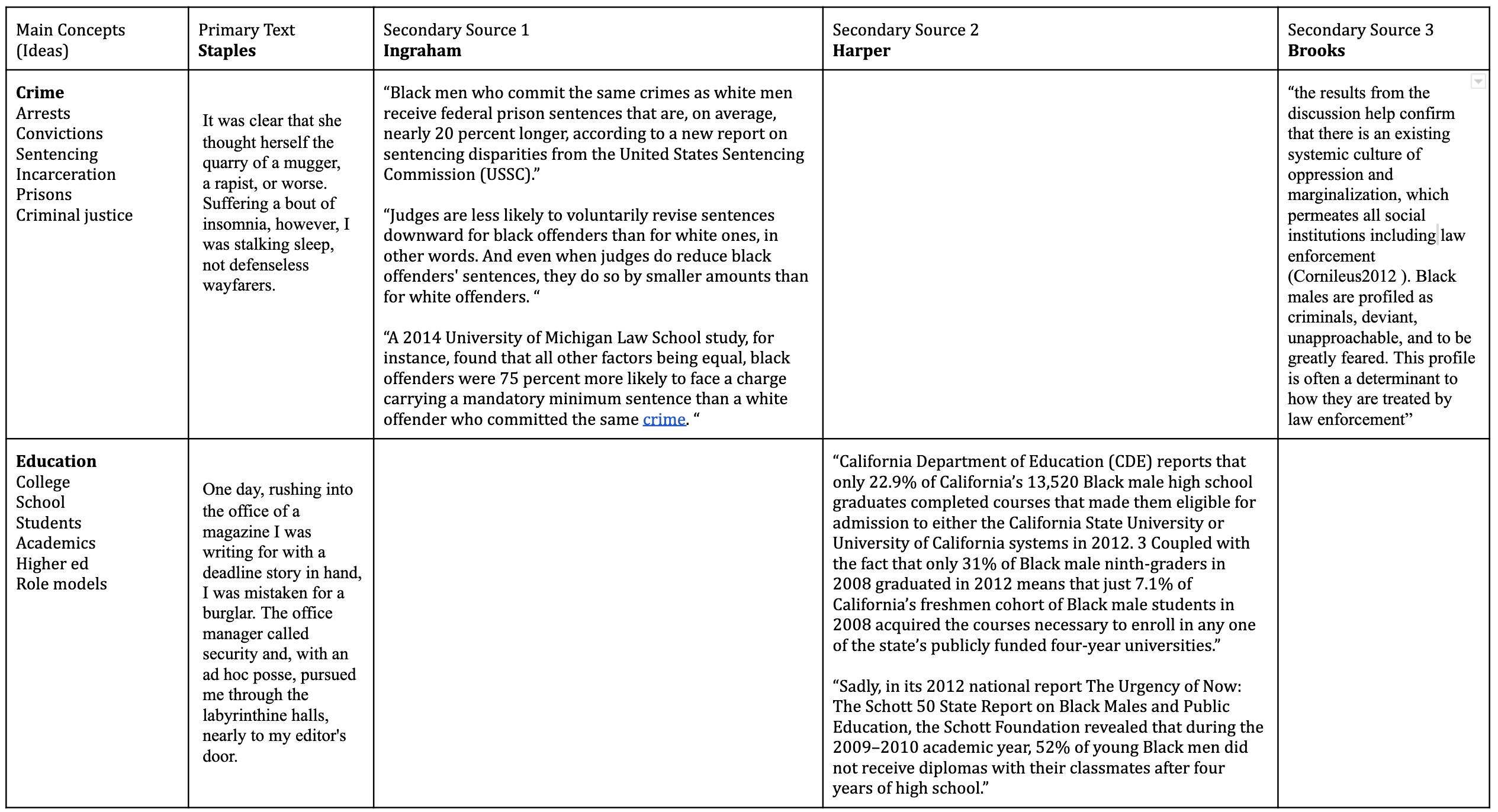 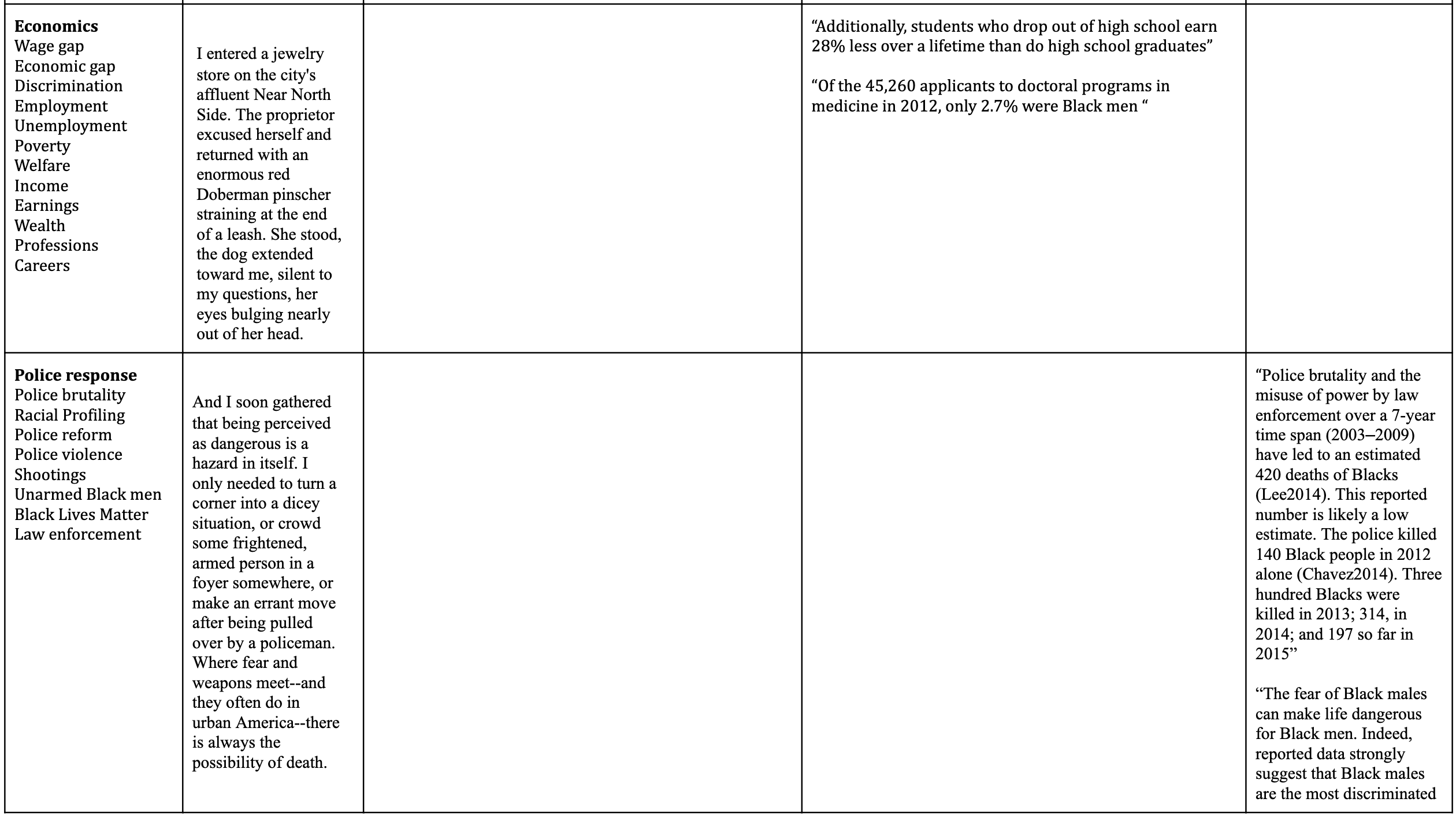 A Synthesis Matrix is a great tool for organizing your research. As you read your articles, take note of quotes and ideas that support (or refute) your main concepts by entering them in the Synthesis Matrix. This will allow you to easily find evidence to support your thesis, and make citing your sources much easier. 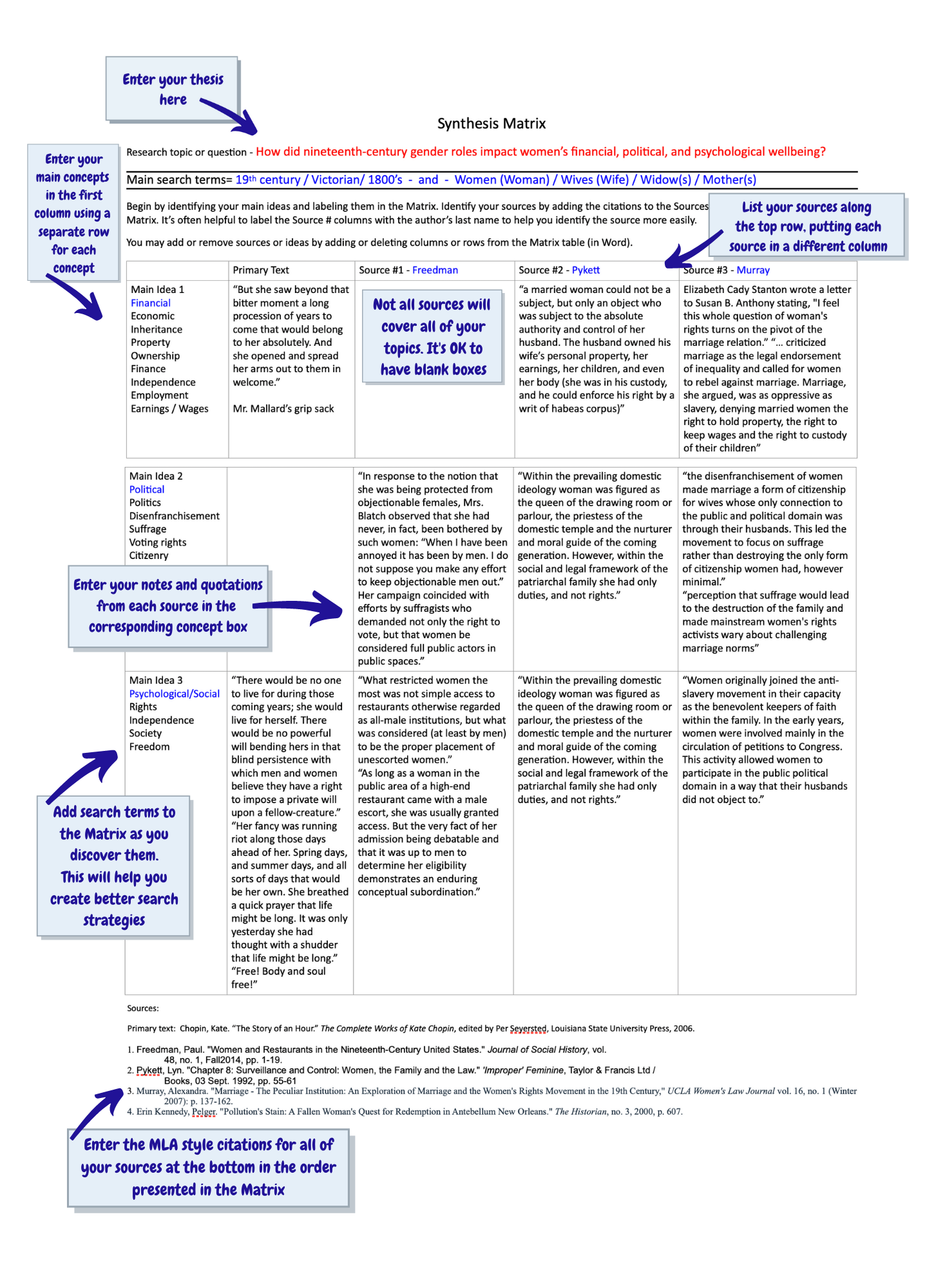