"The vote is precious. It is the most powerful non-violent tool we have in a democratic society and we must use it."

There's no such thing as not voting

Eric Liu a former political speech writer who held positions in both the Clinton and Obama administrations and current CEO of Citizen University, discusses bringing joy and pride to voting and argues that anyone who is eligible should vote. 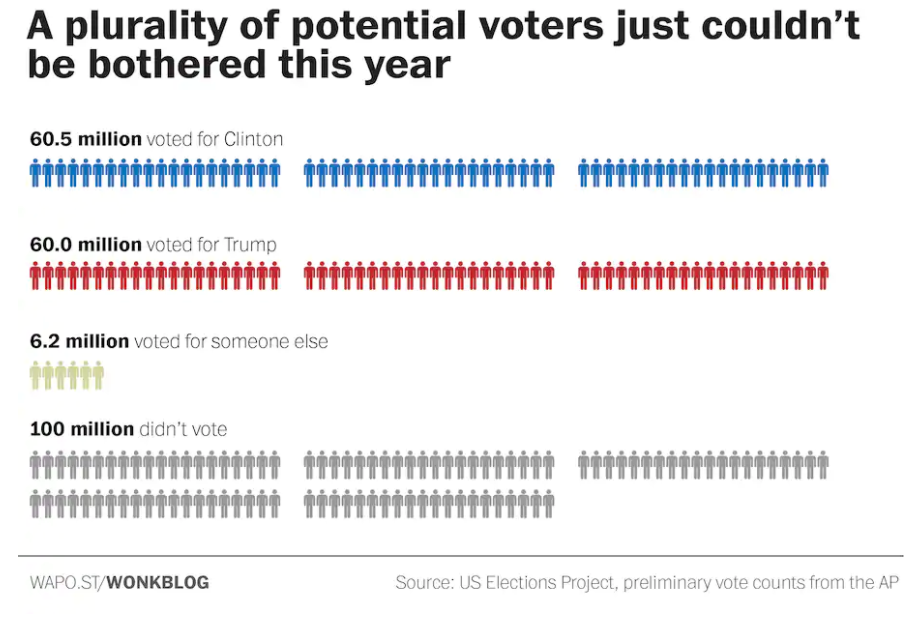 If "Did Not Vote" was a candidate, they would have won both the popular vote and the Electoral College in a landslide. 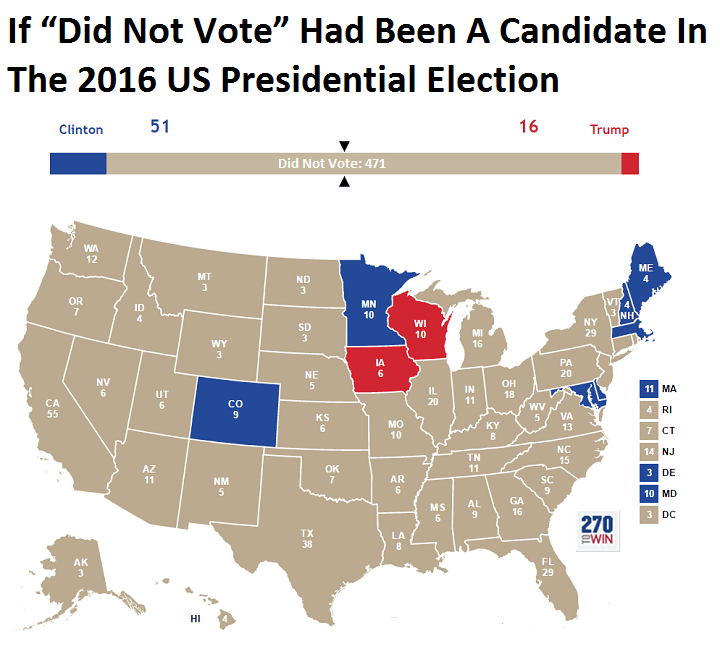 Learn more by following the links below!