Skip to main content
It looks like you're using Internet Explorer 11 or older. This website works best with modern browsers such as the latest versions of Chrome, Firefox, Safari, and Edge. If you continue with this browser, you may see unexpected results.

A guide for all resources Antigone, meant to support multiple classes and areas of study.

"In Greek mythology, the daughter of Oedipus and Jocasta, whose story forms the basis of Sophocles' tragedy Antigone. When her father was banished from Thebes she accompanied him into exile in Colonus. Her brothers Eteocles and Polyneices had agreed to reign alternately in Thebes, but Eteocles' refusal to yield the crown led to their killing each other in single combat. Despite the Theban senate's decree prohibiting the burial of Polyneices, Antigone performed the funeral rites for her brother. She was consequently ordered to be buried alive by Creon, ruler of Thebes, and hanged herself."

Welcome to the Antigone Library Guide!

This guide is intended as a place for all things Antigone, and to that end, we've assembled links to on-demand films productions of Antigone, links to articles and books about Antigone, as well as databases where you can find even more Antigone-related information.

If you see something you'd like us to include, let us know and we'll do our best to add it to this collection. 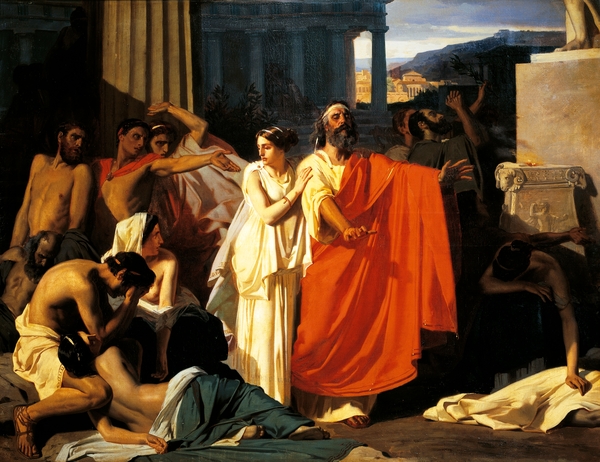